Do Kwon had his chance!


After crashing Luna by nearly 100%, it is time for Do Kwon to step aside and let others try and fix his mess.

At the very least Do Kwon should enact a “buy back and burn” protocol of some sort.


VOTE NO to Hardfork!


Do Kwon is once again trying to manipulate the future of the same coin he ruined by trying to fork Luna into a second chain (Luna 2.0). We can’t let that happen! Even legendary crypto mogul CZ tweeted that a fork won’t work!!


Original Luna (Terra Luna Classic), must be preserved! The best course of action seems to be a “buy and burn” strategy to restore some of Luna’s value. You can read more below and be sure to retweet #BurnLuna ASAP

Read more about the burn


Head to Twitter, Reddit and other social media sites to let the world know, we will not support anything other than Luna Classic. Even if a fork is initiated, we will hold strong on the original chain.


A tragedy in pictures 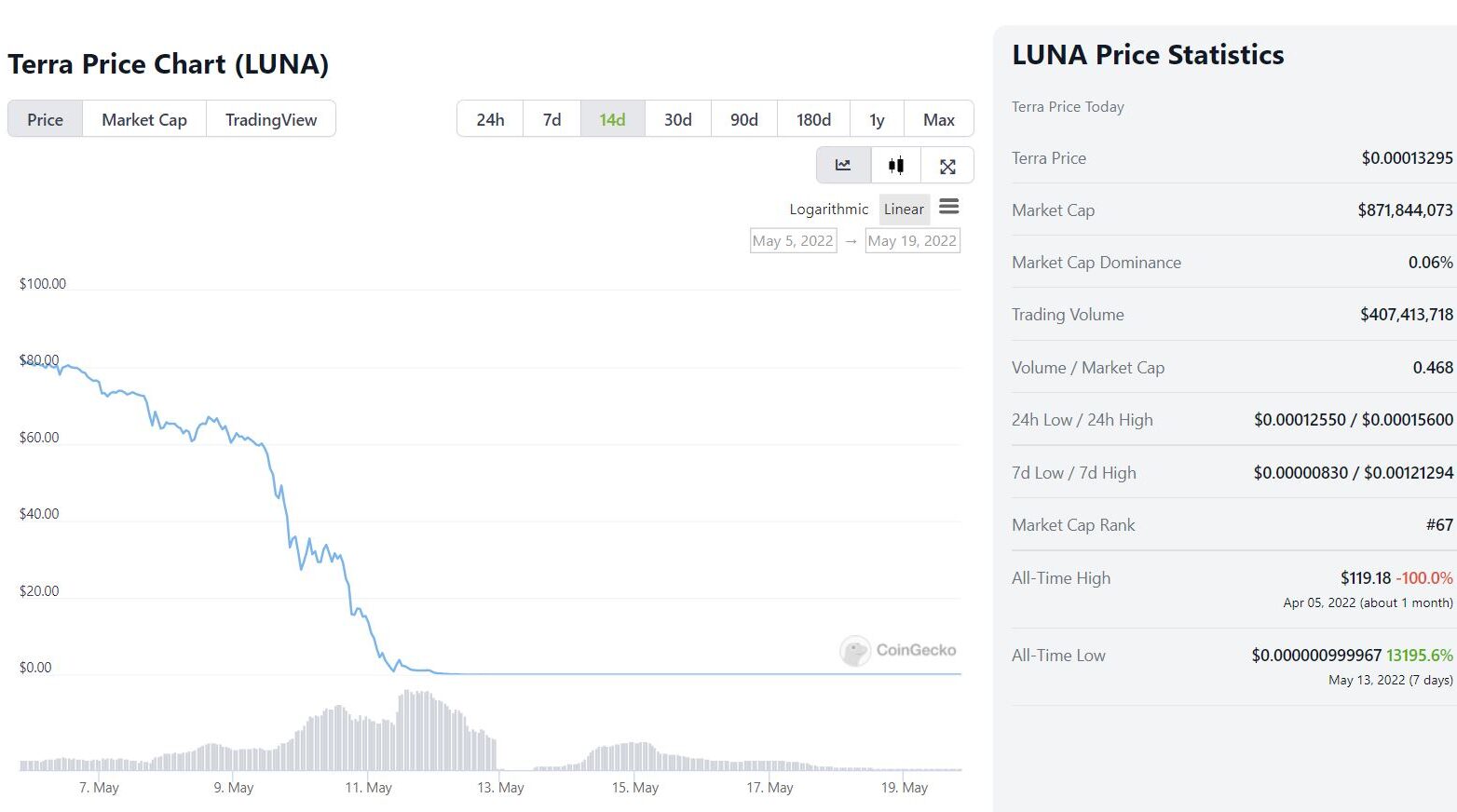 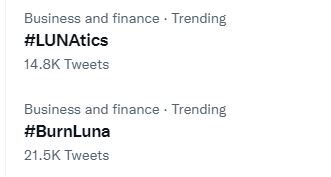 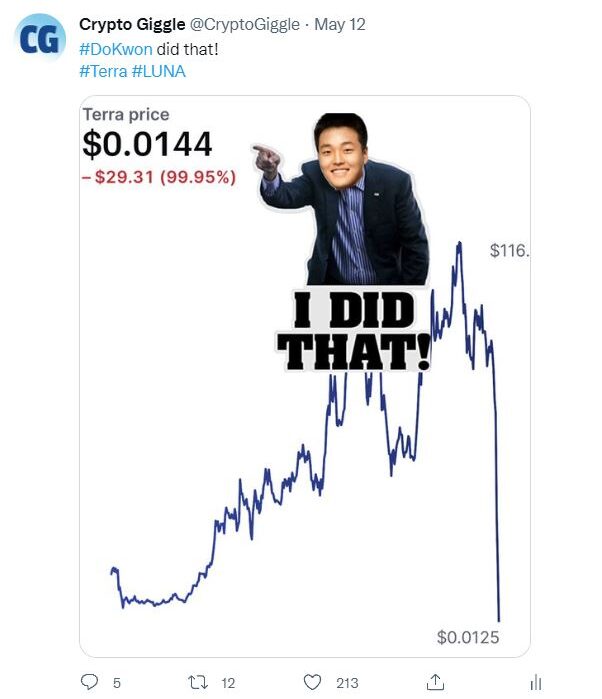 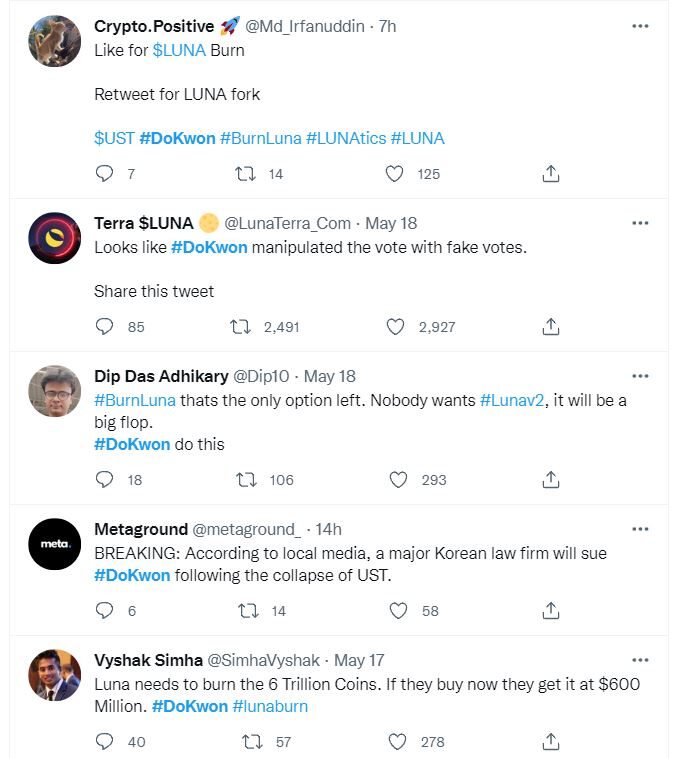 WE CAN REBUILD TERRA LUNA CLASSIC 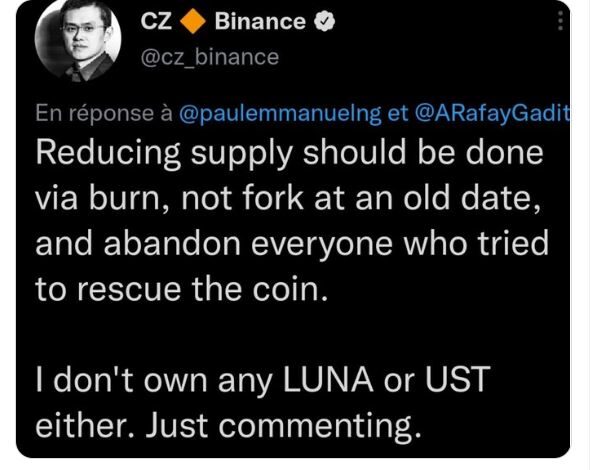 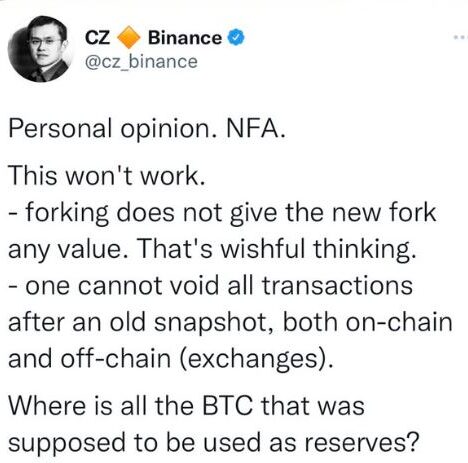 
In may 2022 the crypto world was shocked by the carnage that was the crash of Terra Luna. The event not only wiped out over $42+ billion in value but also destroyed the credibility of the project. Do Kwon, the mastermind behind the project
is now in the hot seat and is potentially/allegedly facing scrutiny by regulatory bodies, the taxman, and the community itself.

The Terra Luna crash was a tragedy for everyone involved. But it’s important to remember that Terra Luna Classic (as we are referring to it, since Do Kwon is trying fork into a new Terra Luna), was a great coin before the crash and can
still restore some of its former glory.

Around May 9th, Terra Luna began to crash and ultimately led to the coin losing 99.999% of it’s value.

On 9 May, after 1.5 years of steadily holding its value against the US dollar, the so-called stablecoin TerraUSD (UST) became unpegged, losing up to 30% of its value against the dollar in a matter of hours (and currently much, much more). The Terra Luna team had been burning their own tokens to keep the price stable, but they could not keep up with the selling pressure and the UST crashed.

This event caused a domino effect that led to the Terra Luna project (the non-stablecoin counterpart) being liquidated for $42+ billion. The crash also sparked a lot of FUD (fear, uncertainty, and doubt) in the crypto community, as many
people began to question the viability of stablecoins themselves.

Do Kwon is now facing a lot of backlash from the community. He is being accused by many on social media of fraud, market manipulation, and pump-and-dump schemes – although Occam’s Razor leads us to believe it was likely simply stupidity
and ignorance and ultimately a flaw in the algorithm of this “algorithmic stablecoin”. Many people are calling for him to be banned from the crypto world.

So how did the stablecoin lose its peg? The answer is not as simple or straightforward. One popular conspiracy theory suggests that someone deliberately dumped $350 million worth of UST, causing the Luna team to offload any reserves
they have into Luna.

The Terra Luna team has released a statement saying that they are working on some sort of plan to provide at least some relief, but as of this writing, the direction Do Kwon is leaning is the exact opposite of what the vocalist of the
community is shouting.

If you go by the very vocal community and what seems to the majority, they would like to see Do Kwon and the Luna Foundation buyback and burn as much of the supply that they can possibly afford. Additionally, many have lobbied for a
3% Terra Luna burn on every transaction going forward to further reduce the supply. Some users have mentioned that if Luna is able to buy back as many coins as possible “off chain”, then move to on-chain buying, they can limit the
price appreciation during the bulk-buys and maximize the amount bought and burnt. This initial burn, mixed with a transaction fee burn could theoretically see the coin restore at least *some* of its value.

Do Kwon however seems insistent at this time to fork the coin into Terra Luna 2.0. The community and even CZ himself has commented that forking the coin just won’t work.

We must #STOPTHESTEAL and see Terra Luna Classic remain the one and only Terra Luna.


A fire rises! A community to restore original Luna Classic is growing by the day. Here’s how you can help:


Advocate for the protocol burn


Tweet the hashtag #burnluna or #lunaburn and keep it trending. Tweet @Stablekwon and let him know we wont accept Luna 2.0


Even if an official protocol falls through, the community has already began leading their own burn. Sending some of their Luna to the official burn address


engage titans of the community


Tweet @ Elon Musk, CZ, Vitalik & other large crypto influencers, imploring them to #saveluna by counseling the Luna Foundation to take the right actions.


*This is not a recommendation to buy*, but if you choose to buy Luna classic, start here:


Go to the following sites and hit the thumbs up (or watchlist) button on Terra 1.0. Additionally email your crypto news site of choice and demand a Terra Luna Classic rebirth article!